Owning and operating a family farm has been part of the Ackerman Family for four generations. John Ackerman, Jr's Grandfather, Clifford Emmons, was a dairy farmer in Pemberton in the mid-20th century. Janice Ackerman's grandfather, Frank Watson, was a produce farmer in Mount Laurel during that same time frame. In the 80's, John Ackerman, Jr. grew and harvested soy beans in Burlington County with his father, John Sr., and his uncle, Sam Emmons. In 2000, John Jr. purchased his first family farm in the Salem/Gloucester County area. At that farm, the fourth generation Ackerman sons, John Ill and Jake, along with the help of their sister, Jenna. established their own hay and straw business during their high school years and were customers of Wainwright Lawn and Garden and Pole Tavern Equipment, both John Deere Dealerships.

The Ackerman's establishment of Central Jersey Equipment began in 2010 with the acquisition of Wainwright Lawn and Garden and its relocation to Route 206 in Columbus. In 2012, Farmingdale Tractor was purchased and the store was moved to Marlboro. In 2013, the Pole Tavern Equipment locations of Elmer and Hammonton were acquired. And in 2017, Warren County Service Center became the fifth Central Jersey Equipment dealership.

Today, the Ackerman Family grow hay, corn and soybeans. Starting out as farmers, and more importantly as John Deere customers first, they became a John Deere dealer second. This unique perspective has been the core foundation since the first CJE branch was opened. The goal is satisfied customers who choose to return to the dealerships for Sales, Parts and Service every season year after year. The Ackerman Family strives to exceed the existing customers’ expectations so that they will refer their family and friends to Central Jersey Equipment. 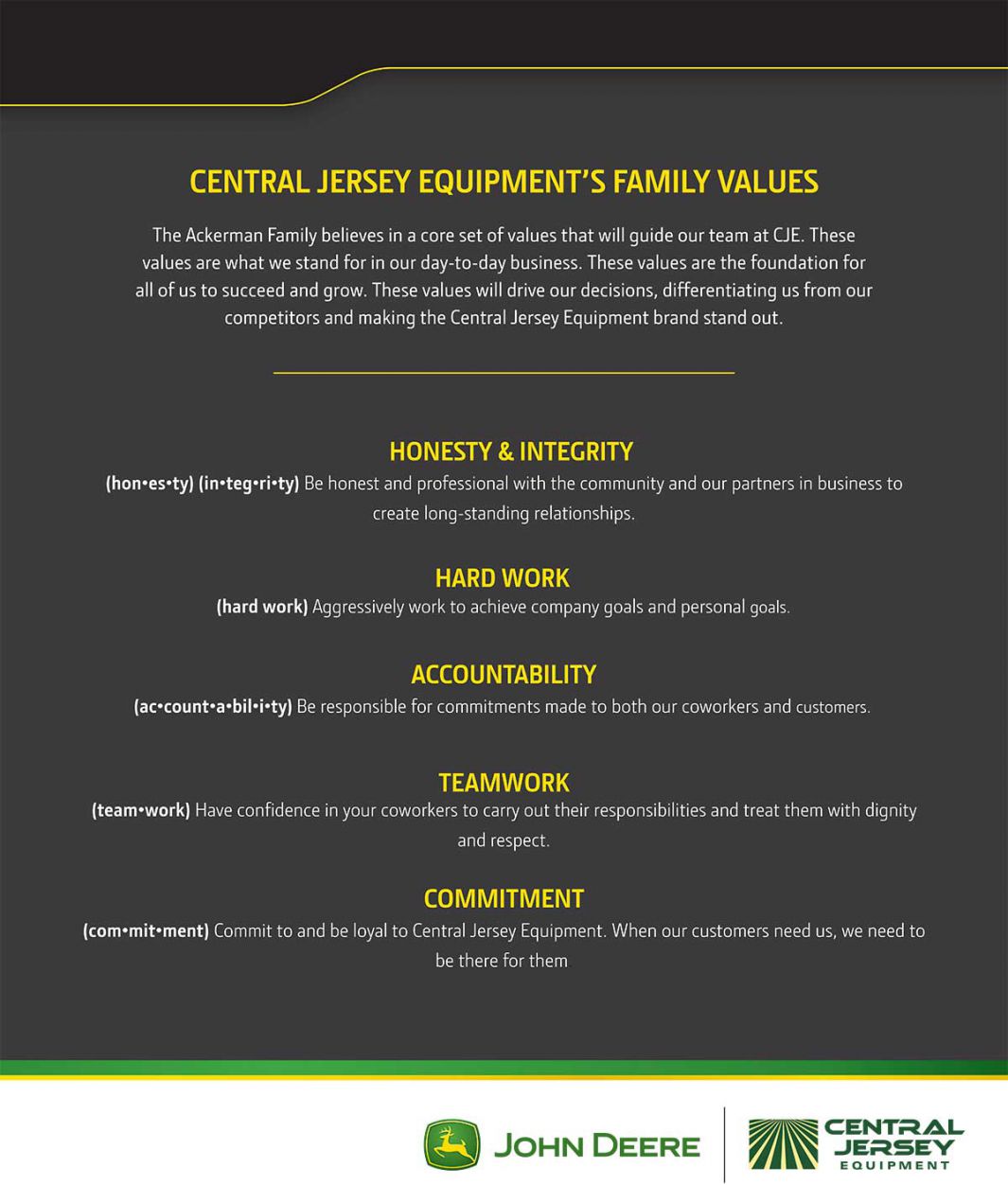